The Trauma Jeopardy game helps youth understand trauma, how it may be triggered, and how to recognize and manage distress through adaptive coping skills.

Trauma Jeopardy™ for youth is an interactive, internet-based game modeled after SFY’s successful Juvenile Justice Jeopardy™ game. The game, for youth ages 12-18,  has been carefully designed in consultation with adolescent psychologists and psychiatrists. One of the game’s objectives is to give youth more agency over their understanding of themselves, instead of relying on adults. The game format engages youth by asking questions which elicit young people’s understanding and learning about trauma, how it may be triggered in themselves and others, and, most critically, how to recognize and manage distress through adaptive coping skills. 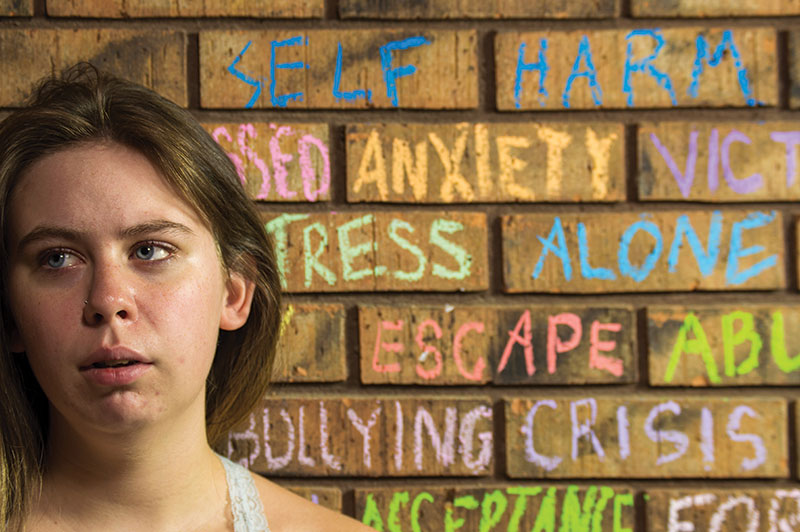 Why a Game about Trauma?

Exposure to trauma is a predictor of system involvement.

Our growing knowledge about the effects of trauma on young people’s behavior and coping skills is transforming the field of juvenile justice. The link between exposure to trauma and subsequent system-involvement is so strong that it has set into motion new interventions for vulnerable young people considered at-risk of arrest. “Trauma-informed” care is now an accepted and widely used term for injecting this knowledge into mental health, rehabilitative, and educational treatments.

Yet, despite the growing use of this knowledge base by adults, young people themselves are often wholly unaware of what trauma looks and feels like in themselves or in their friends. Many have no idea when or how their fear, confusion, or sense of powerlessness gets activated, or what to do when it does. Rather, their hyper-vigilance and “fight or flight” impulses can put them in extreme jeopardy when dealing with authority figures, particularly police officers, who frequently misinterpret these traumatic responses as belligerence, hostility, and intentional disrespect. This creates a toxic dynamic between law enforcement and young people that can quickly escalate into use of force and arrest.

SFY trains agencies with trauma-informed and trauma-responsive social workers and other mental health providers to facilitate and lead Trauma Jeopardy™ games with groups youth. Training includes strategies and resources to support youth responses. Games leaders are provided a Game Leader Guide and materials to distribute to youth during the game. Our ultimate goal is to equip young people with the self-awareness and coping strategies they need to avoid unnecessary engagement with the justice system.

For more information or to find out how you can offer Trauma Jeopardy™ at your organization contact Strategies for Youth.

What is Trauma Jeopardy?

Trauma Jeopardy™ is a suite of 4 games:

Who is it for?

How Does It Work?

SFY provides training, a license to the game software, and game leader guides and materials to distribute to youth during the game. You need a laptop and a projector or smart board.

Where can it be played?

Programs in schools, after school, therapeutic settings, detention centers and other community-based programs.