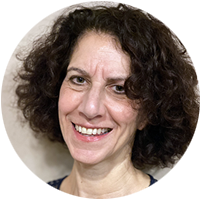 Arlene Bryer is proud to be named SFY’s first Director of Development, beginning in January 2022. Arlene grew up in Montreal, Canada. She has a Bachelor of Commerce in Marketing from Concordia University and a MBA in International Studies from Temple University. She has worked in the retail and banking sectors. After moving to Boston in 1997, she began her career in the non-profit world, working at several nonprofits, including Boston’s Morgan Memorial Goodwill, where she served as a Job Development Manager.

Arlene’s fundraising/development experience started at her children’s school, and continued at her religious institution, where she led a successful capital campaign, professionalized the development process, increased the annual and major gift donations, and created innovative and successful member engagement programs. She is thrilled to join SFY, where she will focus on creating a monthly donor program and building our major gift program.

In her spare time, Arlene enjoys traveling, reading, and spending time with family and friends.